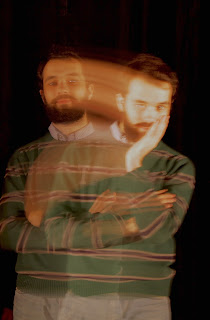 João Dinis Pinho was born in Portugal in 1994.

He has been dancing since the age of nine, graduating from high school at Ginasiano in 2012 and bachelor at ArtEZ in 2016. In the meantime, he has followed intensives in Canada, Italy, Latvia; and followed workshops by Lisa Nelson, Meg Stuart, Bruno Listopad and many others.


In 2015, he co-created Baby Skin Collective with which he spent seven weeks in the West-Fjords of Iceland, and produced AGELIFT at Generale Oost. In that year he also participated in One Nights Dance at Dansateliers, Rotterdam, with Julia Barrios de la Mora.


In 2016 João started working in Amsterdam with Nicole Beutler / nbprojects as a Choreography Assistant for 6: THE SQUARE and also joined the cast of 2: Dialogue with Lucinda. 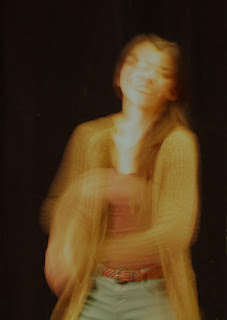 
She started to dance, as many girls, classical ballet at a very young age, following the Ballet Royal system of London for many years. At the age of 15 she discovered modern dance and afterwards contemporary dance.


After high school, Julia did two years of the Bachelor of Architecture at the Autonomous National University of Mexico, which influenced her development as choreographer. In 2012, she went to the Netherlands to do the Bachelor of Dance in ArtEZ Institute of Art where she did a minor on making. She was also part of the Honours Programme of ArtEZ where she approached to theory and research on art. There, she developed the thesis Choreographing Between: human and non-human performers intra-action in some western contemporary dance practices.

In Europe, Julia had the opportunity to work with Ula Sickle, David Weber-Krebs, Ugo Dehaes, Itamar Serussi, Reut Shemesh and Clement Layes. She also developed her own work in which the artistic concepts related constantly on cultural identity and on the possible relationship of the human bodies with the material world. She has created dance-videos and choreographies in the last years form where the most prominent are: Memor-sea (2012), Cla-qué? (2014), Emergency exit (2014), Toranja… do you mean Pomelo? (2015), Collaging (2015), Codified Mandarins under clock (2016) and Unfurling (2016).
Posted by João Dinis Pinho at 12:43 AM

Email ThisBlogThis!Share to TwitterShare to FacebookShare to Pinterest
Labels: Us