What other physical practice expresses the cultural identity of each country?

So far, for the creation process of Diluting and Collaging, we looked at traditional dances as a cultural element that expresses different life logics from different countries. We were interested on the different manners each dance expresses a certain understanding of life and the world through the way their bodies are used: For instance, African dances usually have hip movements, Russian and ex-Sovietic countries have constantly a rhythm created by clapping or stamping with different parts of the body, some Indigenous dances in Latin-america are danced in a circle that transforms and moves... All this constants in every area of the world let us see cultural embodiment. It expresses through body language their beliefs and what they want to show as their particular identity... but after analyzing traditional dances from different perspectives we wonder what other physical practice expresses the cultural identity of each country?

I told João that in Mexico we have "Civic Ceremonies" in which each school honors the Mexican flag every Monday morning. Along the ceremony we salute the flag, we sing the Mexican anthem while unfurling the flag to afterwards say in chorus the Pledge of Allegiance. Everyday there is also something similar happening in government institutions and in the Constitution Square in downtown.
João told me he didn't know Mexico was such a militar country, he told me that only the military does it in Portugal.

After researching in the Internet, we found out that every country has specifications for patriotic symbols but that some countries do the ceremonies in more institutions and places than others. We also researched how do this ceremonies take place and how are the rules to approach the patriotic symbols properly: there is a special way to hold the flag depending on its size, a way to fold the flag,  a way of walk to approach a flag, amount of people that takes care of the flag, positions to salute and sing the National anthem, different coordination of legs and arms to march, etc. 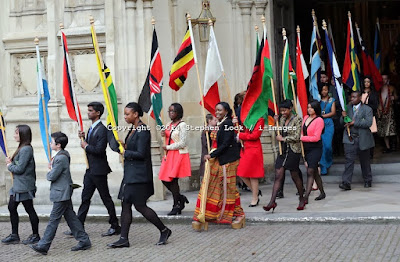 We looked at the flag protocol in Portugal and Mexico, the differences and similarities. At what time it should be raised, at what time should come down, how it should go up and down to be folded, etc, we extracted some text and interesting specifications on the relation body-patriotic symbols: shield, national anthem and flag.

This video is one of the most interesting ones, from where we analyzed
Mexican marching and how to unfurl a big flag

Each country has different ways to fold their flags regarding where is the shield
In the case of Portugal it goes like this:

There are also different rules to march, walk, stand, etc. which is normally for the military. This applies differently to every country. The following schemes are some images that show some of this regulations of Venezuela.

We then incorporated some interesting aspects of everything found here to our movement research. We mostly based our movement on the Mexican marching because when I was little I was part of the flag guard that marched every Monday, therefore I knew the regulations of this ceremonies.

Email ThisBlogThis!Share to TwitterShare to FacebookShare to Pinterest
Labels: Unfurling