Dealing with material and finding a title

Once we had collected the material that the last post talks about, we analyzed and distributed it according to some of its properties. (Meanwhile, it got dark in Rotterdam...) 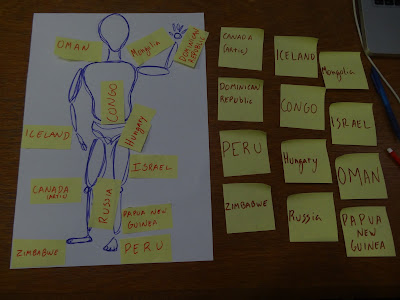 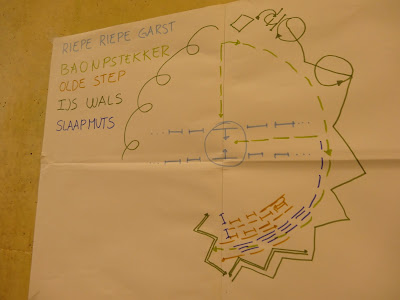 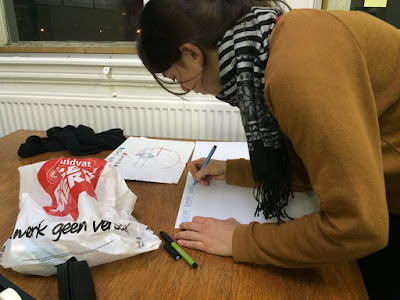 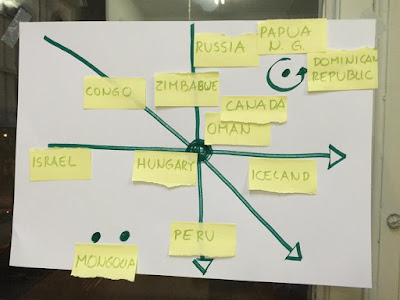 Dansateliers had organized special dates for the participants of One Nights Dance to share their processes and receive feedback from each other. 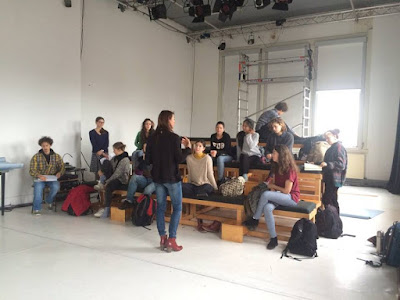 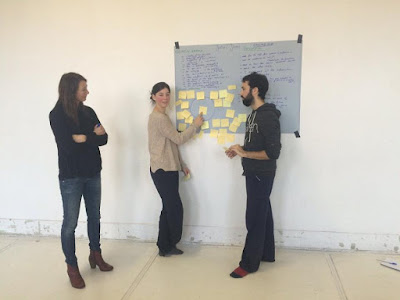 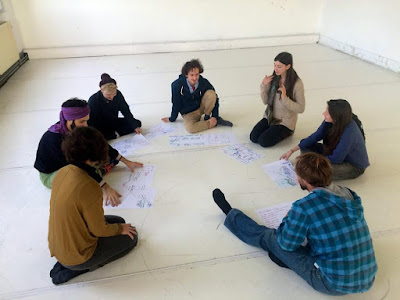 The more we looked at our charts we were creating, the more related the dances seemed to become. Following the path of our concept, it made sense for us to attach the dances to each other, using the famous visual arts technique of collaging. Our friends at Wikipedia describe it as a technique of an art production, where the artwork is made from an assemblage of different forms, thus creating a new whole.
Having 5 dutch dance patterns and 12 world dance sets of movement felt like having the pans and the ingredients. We went on distributing this 12 sets in the 5 patterns, coming up with the following chart that includes both: 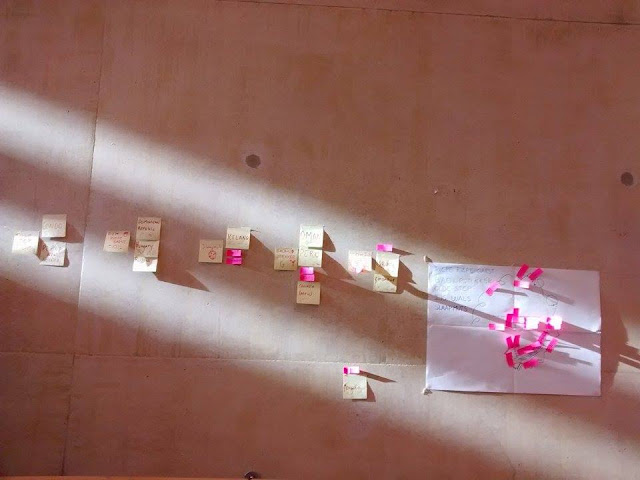 
After all, this is a project of a Portuguese and a Mexican, who have met in The Netherlands - a small country in the center of Europe, known for welcoming cultures from all over the world for many centuries. It made sense to represent this by creating a collage of dances, gathered all over the world and glued in Holland. Hence the title: Collaging.